Horses are known to Sumerians: they call them “donkey of the mountain” (anše.kur.ra). But horses are from Anatolia and Iran, where they were first domesticated probably around the fourth millennium BC.  But there were no horses in Sumer until the very end of the period during the so-called Ur III dynasty. Even then, they remain rare. A text that lists various kinds of the horse family in a city’s farms counts 38 horses for 2,204 donkeys. The donkey was by far more popular in Sumer: charriots were donkey-drawn and kings were riding donkeys. 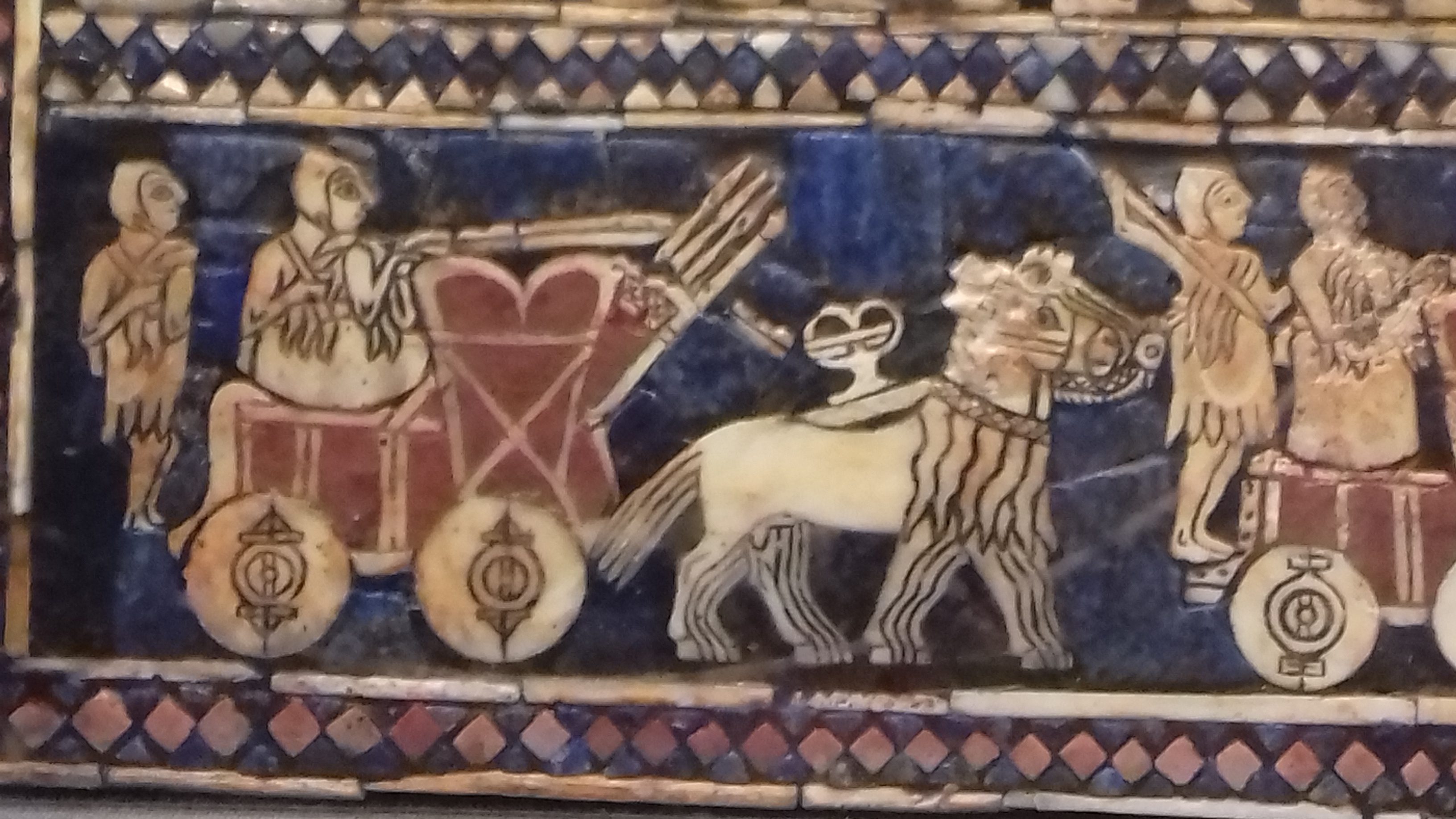