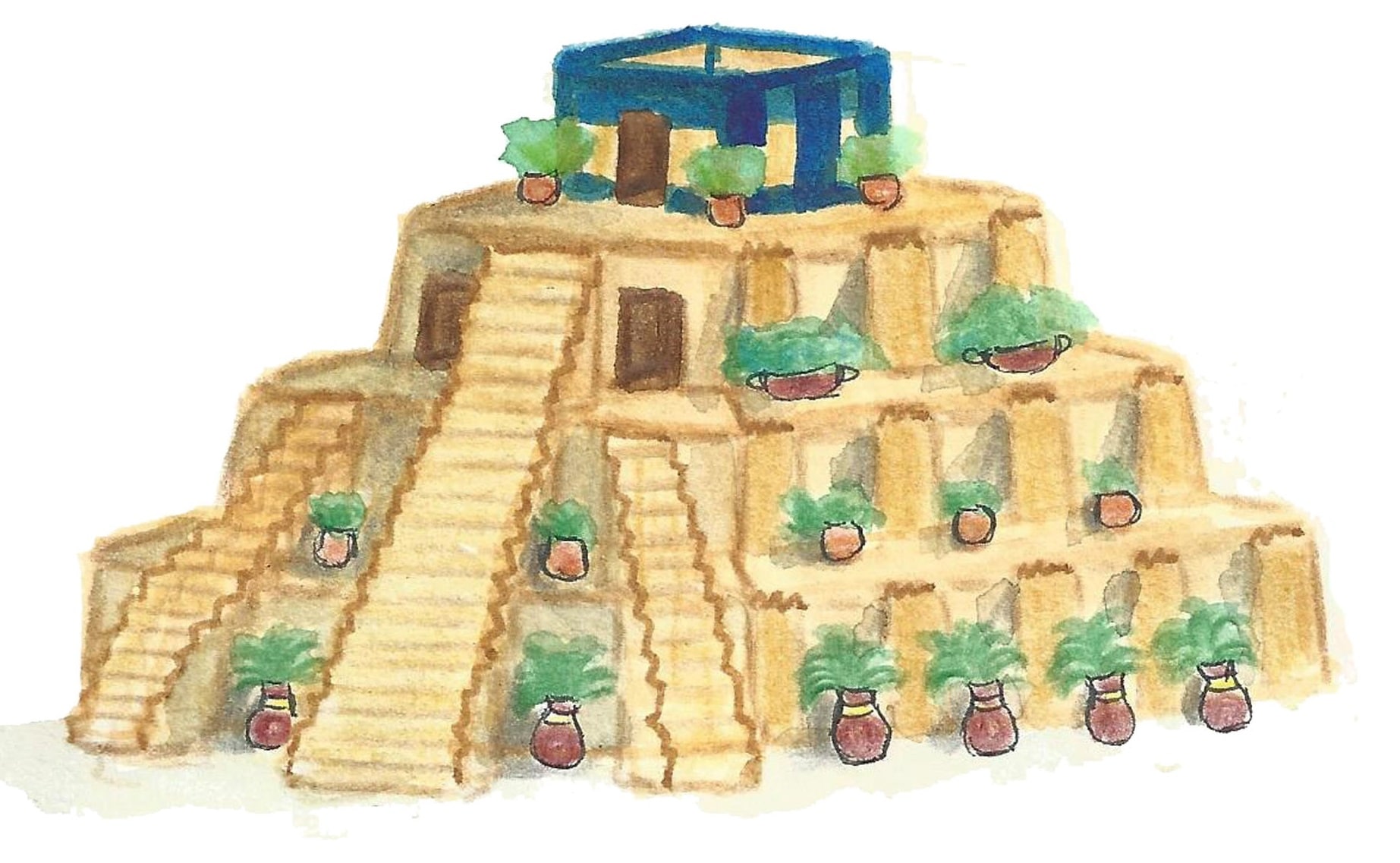 The Mesopotamian ″stepped pyramids″, or ziqurrats, are surely the most
remarkable and impressive religious Mesopotamian buildings. After all, one of them was the Tower of Babel.

The first ziqurrats were built at the very end of the third millennium BC in southern Iraq, but were soon to be found in the main cities all over Mesopotamia. They were independent structures, separated from the temples. They were probably about 40 to 100 m high: a text tells us that the ziqurrat of Babylon was 90 m high, but it remains difficult to be sure of their original height.

Unfortunately, none of them are preserved today, because, like all Mesopotamian buildings, they were built of unbaked bricks. In fact, the famous ziqurrat of Babylon, Etemenanki, has now completely disappeared. People reused its bricks to build other monuments: there is nothing but a hole in the ground where it was. For the same reason, we cannot be sure of the number of steps or of how they looked.

I don’t know what takes place in the
upper sanctuary… A Greek would
know better than I?

There was probably a sanctuary at the top of the ziqqurats, and some have suggested that the ″Sacred Marriage″ rites took place there. But here again cuneiform sources are not clear.

According to Herodotus, a woman would spend the night alone on a golden bed in the sanctuary on the top of the ziqurrat, waiting for the god Marduk to come during the New Year ceremonies.

There is no doubt that ziqurrats were highly symbolic monuments, central in Mesopotamian religious life: they were probably seen as the link between earth and heaven, just as the name Etemenanki literally means: “House (which is) the foundation of heaven and earth”.

The Ur ziqurrat is the best preserved of all:

“The walls are decorated with niches and recesses to break the monotony of blank brickwork and were originally plastered…. Access to the first stage, which stood 11 m above the ground in the centre … was by a triple stair… All three stairs met under an arched canopy below the level of the first stage and continued up as a single flight to the level of the platform. Further single flights gave access to each of the higher stages. The second stage, which was reasonably preserved, stood 5 m above the first, and the third, of which very little remained, seems to have stood about 2.9 m above the second”. (H.Crawford – archaeologist)